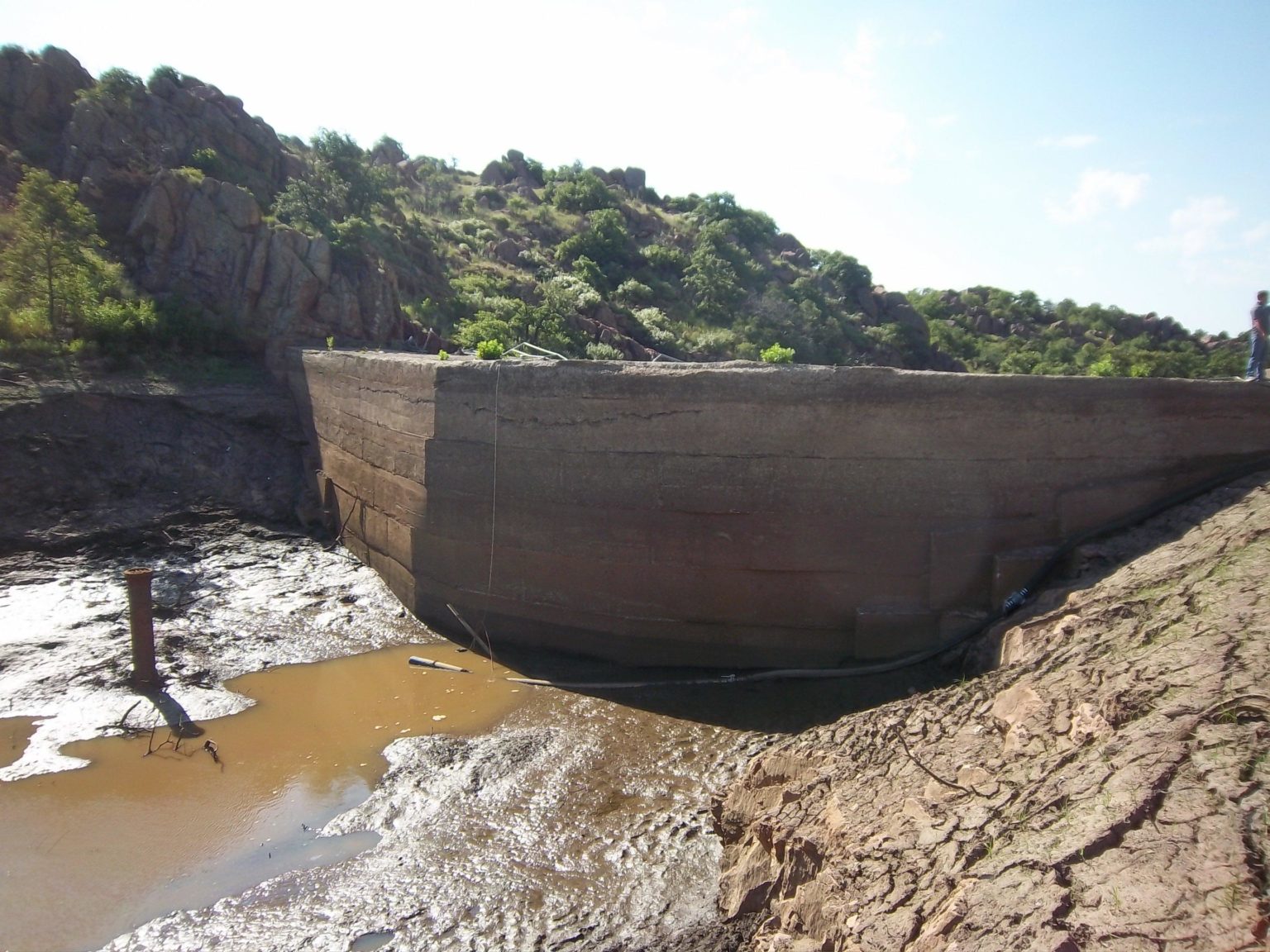 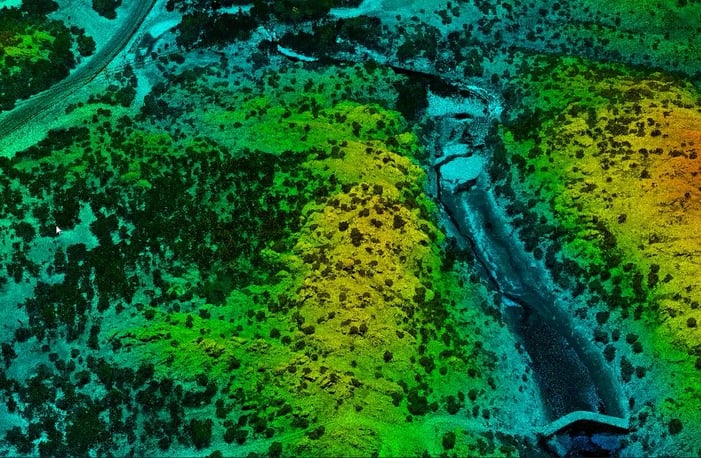 Four separate locations were identified within the project, each with slightly different needs.  One such location was Upper Canyon Dam northwest of Fort Sill.  Built over 60 years ago, the 35 foot high dam with a storage of 49 acre-feet had a non-functioning control valve and was therefore operating as an uncontrolled spillway.  The stone masonry structure is approximately 165 feet in length.  Access to the site is extremely limited due to the approximately 25% inclines and degraded and unmaintained dirt access road.

For this project, Axim derived topographic and planimetric mapping at a scale of 1″ = 40′.  Analysts also derived a DTM and 1′ contours from the imagery and lidar.  The topographic maps depicted all interpretive terrain and planimetric features contained within the defined project limits. Spot elevations were sufficiently distributed throughout the map and shown on all high and low points, road intersections, road and sidewalk edges, building corners, top of manholes and utility covers, top of drainage grates, pipe inverts, major breaklines, and ground shots at 10 foot intervals. Planimetric features included major building structures (barns, garages, dwellings, utility structures, etc.), boundary lines (if known to cross the surveyed area), roadways, bridges, railways, walls, drainage features, drainage structures with invert elevations and pipe sizes, lakes, ponds and other waterways, prominent fence and tree lines. The water’s edge of all water bodies were marked. For the Upper Canyon Lake, shots of the bottom were taken once the Lake has been dewatered. All GIS data conformed to the most current release of the Spatial Data Standard for Facilities, Infrastructure, and Environment (SDSFIE). 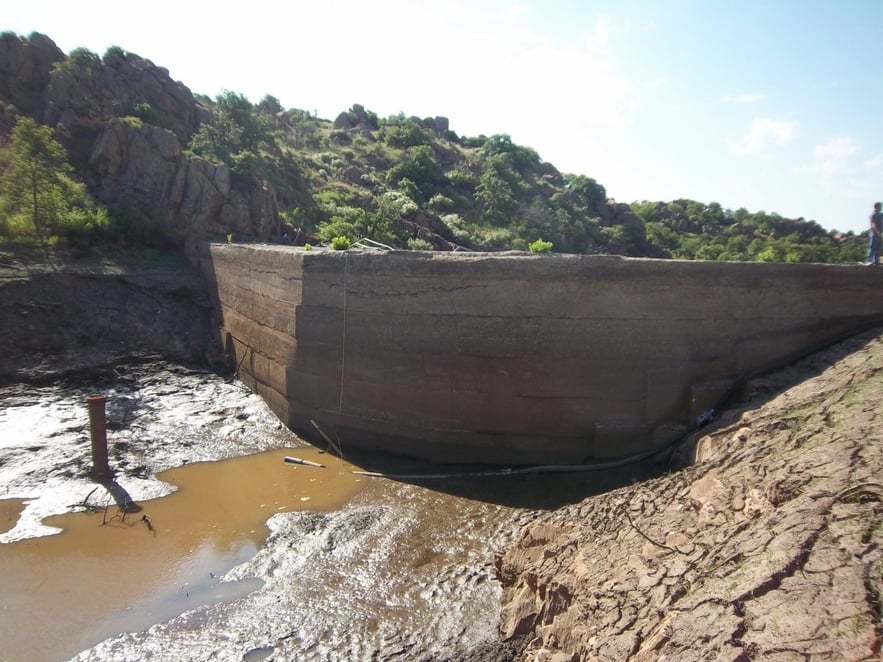