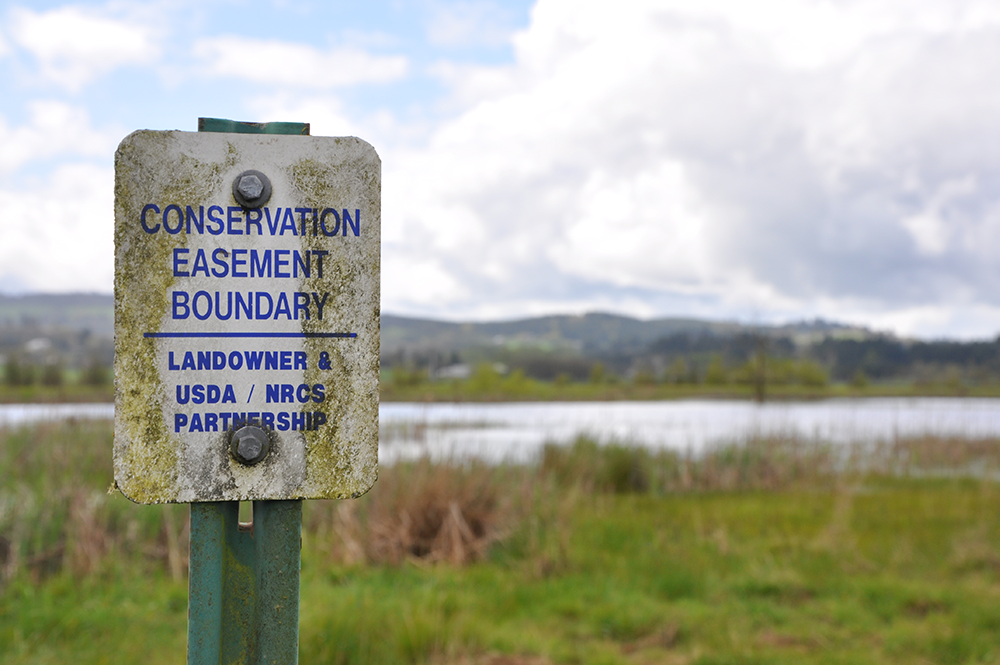 Balancing America’s land use to support agriculture and natural environments is challenging, yet both are critically important. Agriculture provides food and resources and drives local and national economies. Natural environments such as wetlands bring environmental balance as natural buffers and complex ecosystems for plants and animals. The National Resources Conservation Service (NRCS) operates a program to protect, enhance, and restore agricultural land called the Agricultural Conservation Easement Program (ACEP). The program keeps land in an easement for a set period of time while restoring the property to a natural state and guarding it from development.

In southern Florida, citrus has been commercially farmed for over 150 years. The natural wetlands were drained and engineered with irrigation and infrastructure into groves of citrus crops. Private landowners see the value in a program such as the NRCS ACEP as they are faced with significant costs to maintain and update aging infrastructure while also having the opportunity to realize significant financial incentives such as tax benefits. 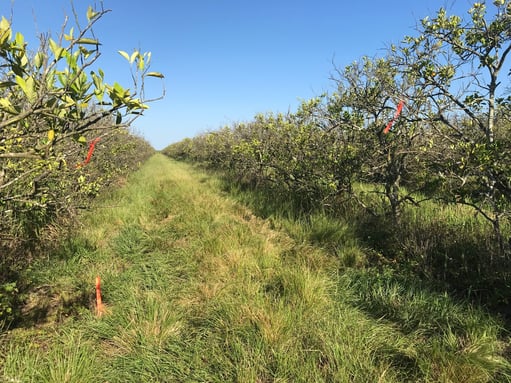 To develop the conservation and restoration plans, the NRCS needs detailed geospatial data including boundary, easement, infrastructure, and elevation surveying as well as photogrammetric mapping. In two such project examples, [Axim Geospatial] provided these services to support restoration and conservation efforts over 1000 acres of citrus farms across two project sites in southern Florida that had been entered into the program.

The sites are remote and expansive with challenging terrain and dense vegetation. Citrus groves are farmed in long rows with elaborate irrigation channels and infrastructure. [Axim], as the geospatial provider to prime contractor Aterra Schnabel JV, provided the surveying and mapping required by the NRCS. As the sites were historically wetlands, they were entered into the Wetland Reserve Easement (WRE) portion of the ACEP.

[Axim] performed preliminary pre-survey courthouse research and site visits. Field crews carried out boundary and topographic surveys, collecting measurements, computations, drawings, and descriptions, and also established over 500 survey monuments and witness posts with signs. Cross-sections of ditches and dikes, which were prevalent on the sites, were also obtained. Information about the drainage structures such as culverts was also collected, including pipe size and length, material, condition, and photos. If applicable, the NRCS considers implementing these structures as part of their plan. Survey crews also captured ground control for aerial imagery and lidar. 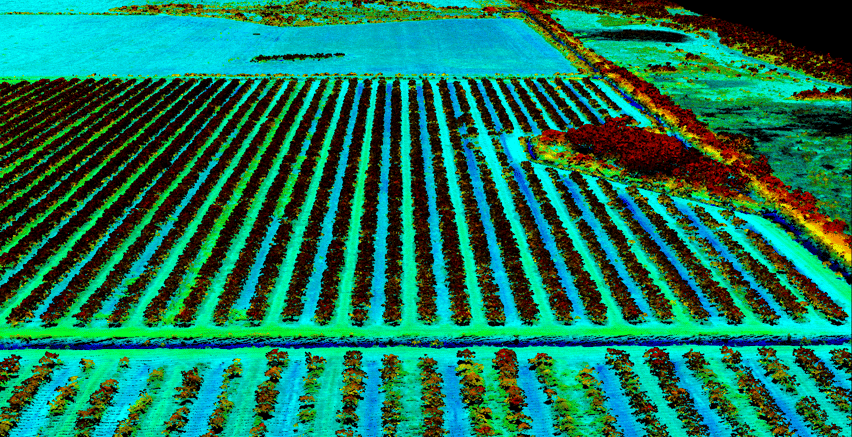 Aerial lidar shows the long rows of citrus groves and provides key data from which to create restoration plans.

In addition to completing ground survey, [Axim] collected aerial imagery and lidar of the sites to meet the program requirements. The sites have many challenges for field crews on the ground including heavily vegetated and submerged areas, and dangerous wildlife including alligators. The aerial- data alleviated ground survey in some of those unreachable areas. Benchmarks were tied to a lidar-derived digital elevation model (DEM) to create topographic data capable of supporting one-foot contours. Lidar data met 3DEP quality level 2 (QL2) specifications. NRCS uses this data in its Wetlands Reserve Plan of Operation (WRPO) in a number of ways: to revert the existing drainage system to one that is more congruent with natural site conditions, in hydrologic and hydraulic modeling, and engineering and construction planning.

NRCS manages and facilitates the program with the help of numerous contractors in the private industry several of whom rely on [Axim]’s deliverables for analysis, planning, construction, and restoration.

Infrastructure such as culverts and pipes are expensive to maintain,
which is a consideration for entering land into the NRCS ACEP program.