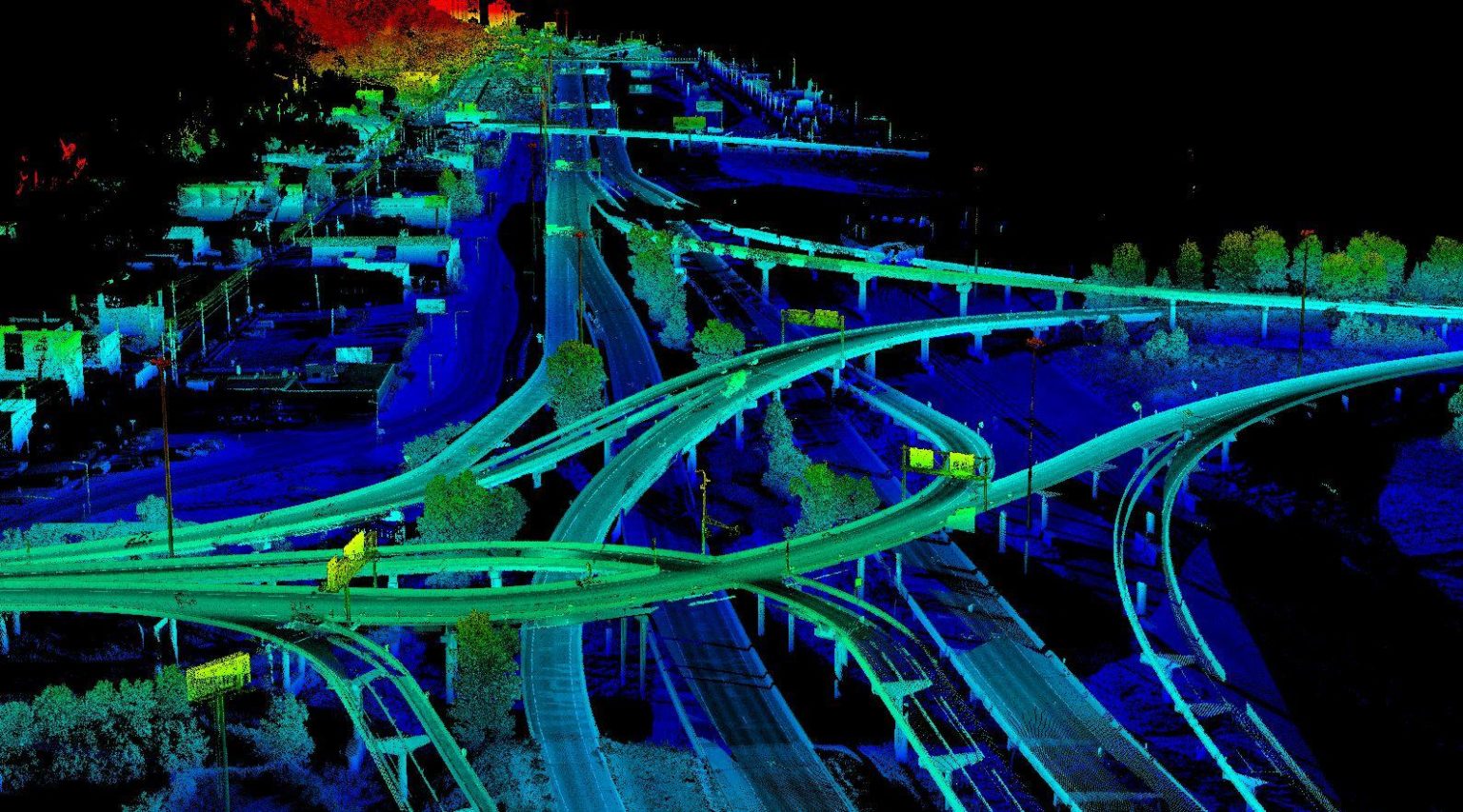 The I-35/Highway 53 interchange in Duluth, MN (known locally as the “Can of Worms”) is one of the busiest in the region with over 72,200 vehicles/day and intense congestion given the volume of traffic from commuters and the shipping activities of the Duluth Port Terminal. This project was the survey-grade mapping needed to begin the process of a $240M re-design and construction project.

Axim Geospatial was called upon by the Minnesota DOT to provide high-accuracy mapping for this project. To optimize efficiency and modeling quality, [Axim] performed a complex data fusion project that included both survey-grade mobile and helicopter lidar. The mobile lidar provided a survey-grade model of the road surface, while the helicopter aerial lidar and imagery provided orthophotography and a highly accurate surface for the right-of-way.

Due to the traffic volume, it was deemed too dangerous and inconvenient to close ramp lanes. Without the buffer of closed lanes, surveyors placing control points for the mobile lidar would be put at grave risk. In lieu of that control, [Axim] elected to use the highly accurate helicopter lidar data as a means of developing control points. Project analysts selected desired ground control locations then used the helicopter lidar to get an elevation for the point. After ground control had been set (using manual survey in safe areas and helicopter lidar derived surveys in hazardous), [Axim] completed the mobile lidar acquisition. Each lane of the project area was driven collecting lidar and imagery. The mobile lidar data was calibrated and compared to the aerial lidar for a quality check. 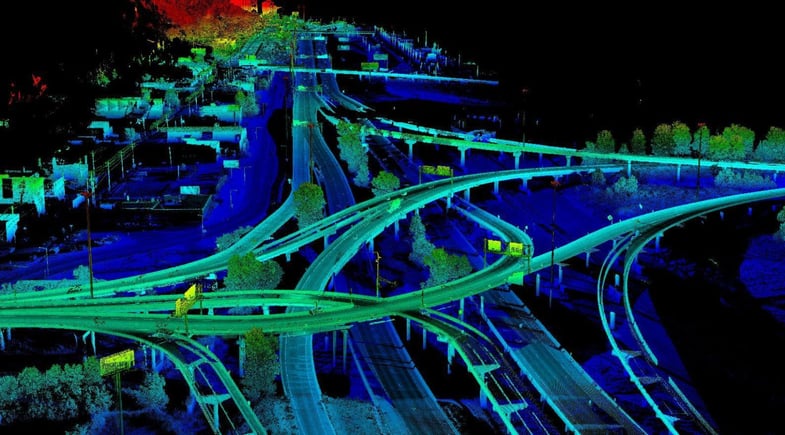